Russ Erb earned top honors at the 2017 Annual Symposium with his paper, Dealing with the Wind: An Analysis of the Turn Regression Airspeed Calibration Technique.  The paper is included as an attachment with this edition of the Flight Test News, and I urge you to read it.

I first met Russ in the Pitot-Statics course at USAF TPS (2007), but what I remember most is what he taught us during the walk around of several gliders in Tehachapi.  In addition to helping us see, in each aspect of the glider, what we had learned in the classroom courses, he taught us how to look at aircraft in a whole new way, as engineers. He showed us things that had been hidden in plain sight, aspects of aircraft design and how the theory competes with pragmatism.

When he stepped onto the stage at the Symposium, his presentation, poise, and professionalism were exemplary.  In addition, his approach to the topic was innovative and insightful. He reflected great credit upon himself, the USAF Test Pilot School, and the Society.

The Turn Technique Erb discusses deserves a quick background story. In February 2015, the Flight Test News first presented “What is Orbis?” a piece co-authored by Al Lawless and Mark Jones. It discussed the theory behind a continuous turn FTT designed primarily for air data calibration in RVSM airspace. The method was first introduced informally by Al in 2008, but a 2015 Symposium paper built on that foundation. In May 2016, another article appeared in the Flight Test News, “Exploring (and Improving) GPS-based Air Data FTTs.” One of our readers responded to that article in the November 2016 edition, and several papers addressed Orbis at the 2017 Symposium. The topic has been looked at extensively. In the May 2016 article, though, I introduced noise into the model used to evaluate the solutions provided by the Orbis method. In the course of that discussion, I posed several questions about the wind and assumptions we make about wind. Is constant wind a fair assumption? Is constant wind plus some modeled, random variance a better assumption? Is there data on the variance in wind speed and direction? Erb’s work in this paper represents a major step, a major finding, in addressing these questions. So without further commentary, I present the author’s bio and abstract, in his own words.

Mr. Erb is a Flight Test Engineer graduate of USAF TPS Class 89B and the Performance Master Instructor for the USAF Test Pilot School. He is responsible for the first phase of instruction which teaches Test Pilots and Flight Test Engineers to measure and evaluate aircraft performance and also introduces them to structured test conduct and working as a flight test team. He is well known as the Pitot-Statics Instructor for TPS since 1997. In addition to classroom instruction, he flies to teach and evaluate airborne test conduct, and is a Certified Flight Instructor for the curriculum events accomplished in gliders. His flight test experience includes the MC-130H Combat Talon II, B-1B Operational Test and Evaluation, and other small programs in support of USAF Academy flying programs. Mr. Erb is a long time member of SFTE, having joined in 1983 as a charter member of the Texas A&M University student chapter, the very first student chapter ever. He has held positions in the Antelope Valley Chapter and is currently a Senior Member. He has previously presented three Symposium papers and three Symposium training classes.

A simple project to determine position corrections for the author’s Bearhawk morphed into an investigation of the assumptions and sources of uncertainty in two airspeed comparison flight test techniques. This investigation led to the realization that the “constant wind” assumption in the Cloverleaf flight test technique really meant time-invariant and location-invariant winds, which in practice is too idealistic. Continued investigation into how uncertainty in the wind had resulted in less than desirable results from the Cloverleaf technique in the past led directly to a justification for the structure of the Turn Regression technique. The robustness of the Turn Regression technique in the face of time-invariant but location-varying winds is demonstrated. The effects of sample size on results are discussed, as is the importance of flying a complete turn. Actual position corrections were determined.

Editor’s note: we are eagerly awaiting publication of an FTT textbook by Mr. Erb.

Russ Erb is a Flight Test Engineer graduate of USAF TPS Class 89B. He has previously presented three Symposium papers and taught three Symposium training classes.  He has held offices in the Antelope Valley Chapter of the SFTE and is a Senior Member.

Erb is the Performance Master Instructor for the USAF TPS, and he is responsible for the first phase of instruction which teaches test pilots and flight test engineers to measure and evaluate aircraft performance. This foundational class also introduces them to structured test conduct and the dynamics of collaboration as a flight test team. He is well known as the Pitot-Statics Instructor for TPS since 1997. In addition to classroom instruction, he acts as a crewmember instructor and evaluator of airborne test conduct, and he is a Certified Flight Instructor for the curriculum events accomplished in gliders. His flight test experience included the MC-130H Combat Talon II, B-1B Operational Test and Evaluation, and other test programs conducted in support of the USAF Academy.

“Never use a big word when a diminutive one will do.” 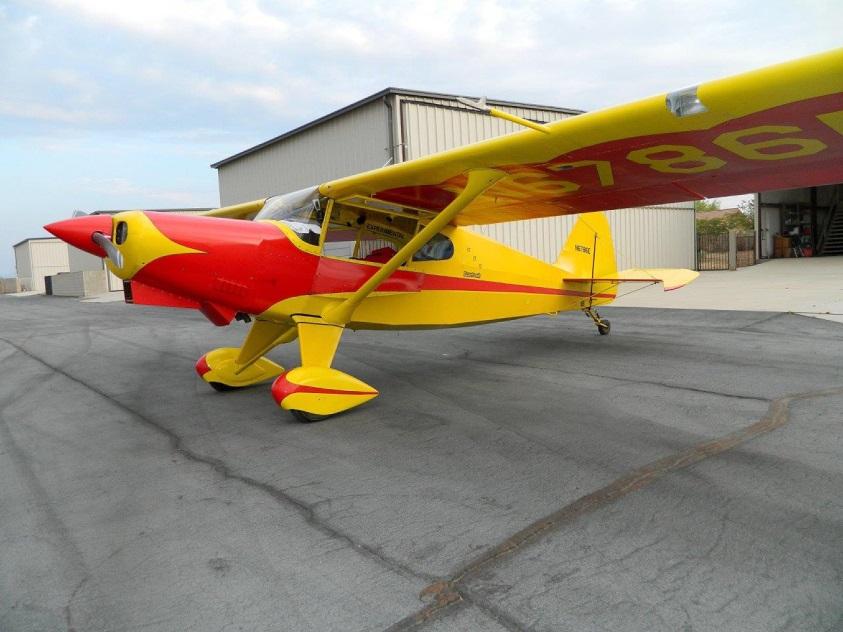