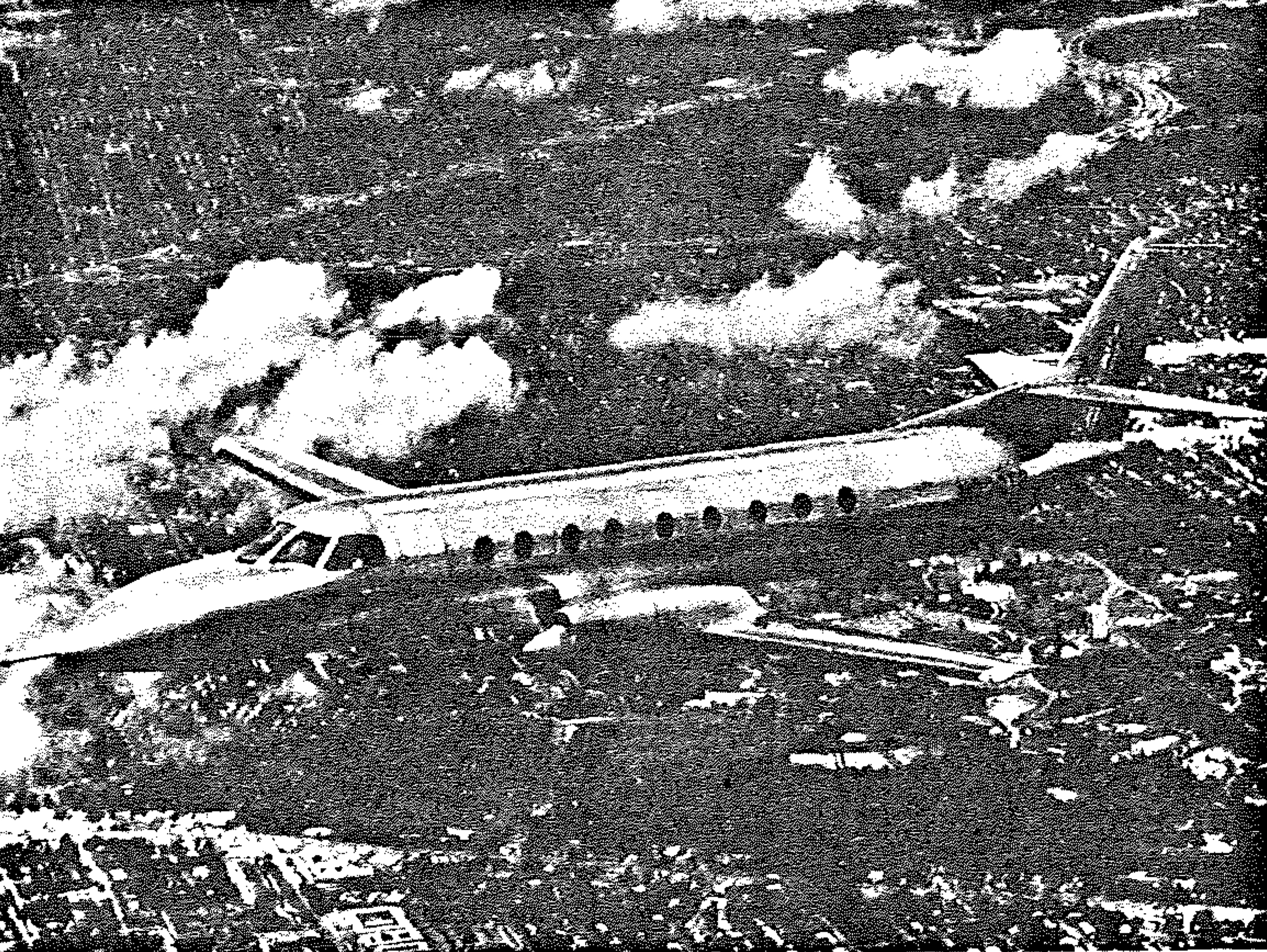 SAN ANTONIO, TEX. – The Metro aircraft, designed to bring the efficiency and luxury of the large transports to the burgeoning market of air commuters, last month began flight tests as part of its rigorous certification requirements.

Produced by Swearingen Aircraft here and marketed to the air lines by Fairchild Hiller, the 20-passenger turbo-prop took to the air smoothly and easily despite rain showers. The first flight of the prototype of the production model lasted 16 minutes and was described as “beautiful” by the pilot and co-pilot.

Swearingen has been flight-testing a preliminary prototype since ·March. Company officials said that both production and certification programs are on schedule. The first delivery is slated early next year to Rocky Mountain Airways–one of four ordered by the carrier.

Les Anderson, Swearingen Vice President of Marketing, said his company is “extremely happy with the acceptance the Metro has received in the commuter marketplace.” He said that “we feel that it is due to the outstanding performance of the aircraft, combined with its unique quick-change capability from an all-passenger configuration to a passenger-cargo mix or an all-cargo arrangement.”

To insure the production and delivery of Metros on schedule, Swearingen has been constructing a new 115,000-square-foot assembly plant adjacent to the company’s present 20-acre facility.