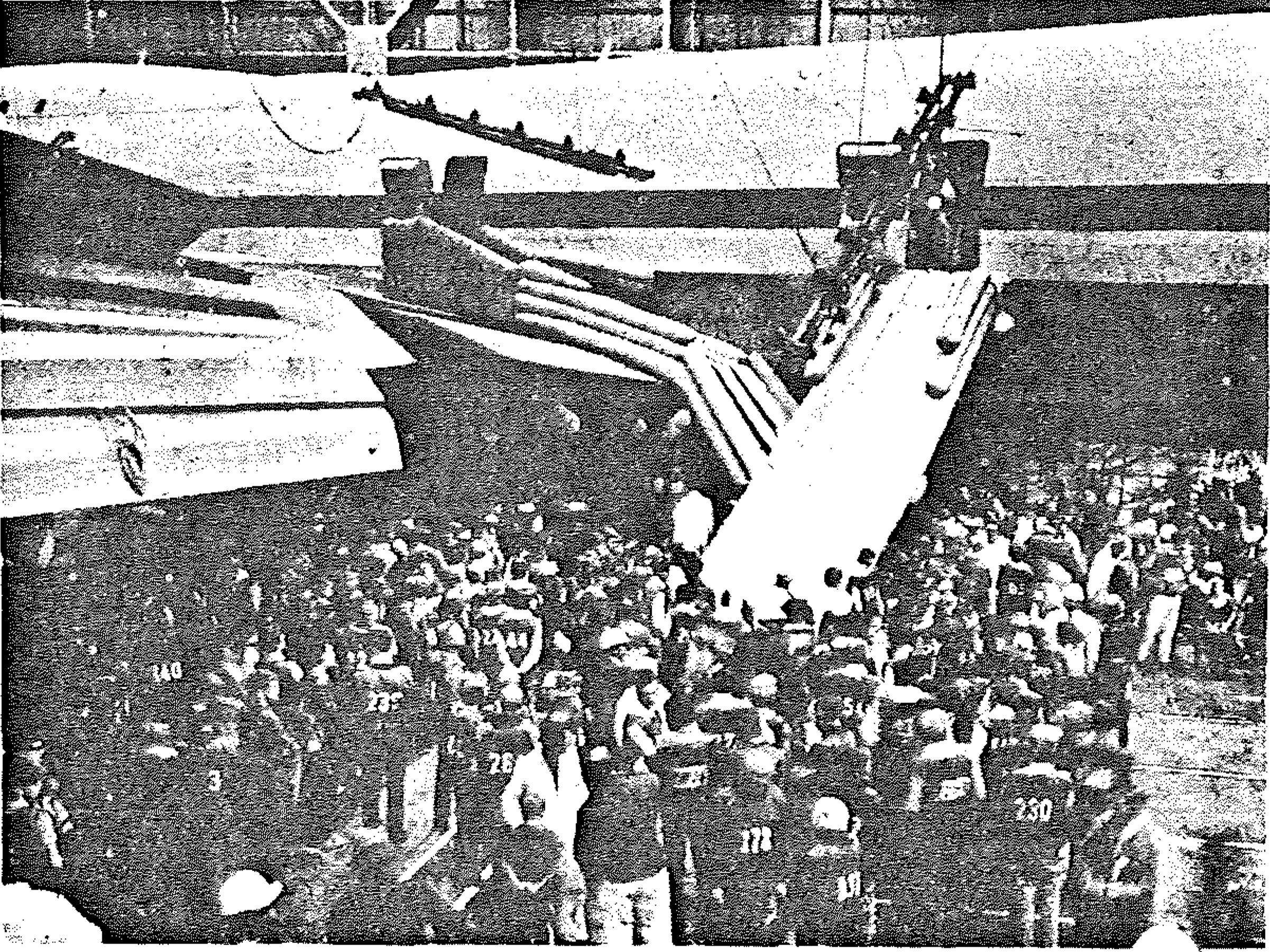 Emergency evacuation tests of the Boeing 747 passenger cabin have been completed, with 499 persons leaving the test airplane in a darkened hangar in 90 seconds, using only four of the superjet’s 10 emergency exits.

Witnesses said the tests were convincing proof of the airliner’s superior design for passenger safety.

Carried out in compliance with federal aviation regulations, the tests were conducted in the Flight Center hangar at Boeing Field last weekend.

Test subjects, volunteers from clubs and service organizations, comprised a cross section of the population, from oldsters to youngsters. Each was identified for engineering photographic records by a yellow number on a green vest.

Results of the tests were recorded by infrared photography.

The Federal Aviation Administration requires that the tests be carried out in darkness using only the airplane’s emergency lighting, battery-powered units available even when all the airliner’s normal electric systems are inoperative.

The 747 is equipped with a total of 10 double-width doors for emergency evacuation, but only five can be used in the tests, which simulate unusually stringent conditions. In both 747 evacuation tests, one of the five slides was inoperable.

Different people were used for each test.

First 747s to go into service will carry 370 passengers, and the maximum service capacity of a 747 contemplated to date by any airline is 450 passengers. Thus the results of the tests prove conclusively that the airplane more than meets evacuation requirements for FAA certification.

The test also aimed at determining the maximum number of passengers which could evacuate the 747 using five exits, as very-high-density seating has been considered for some future 747 airline applications.