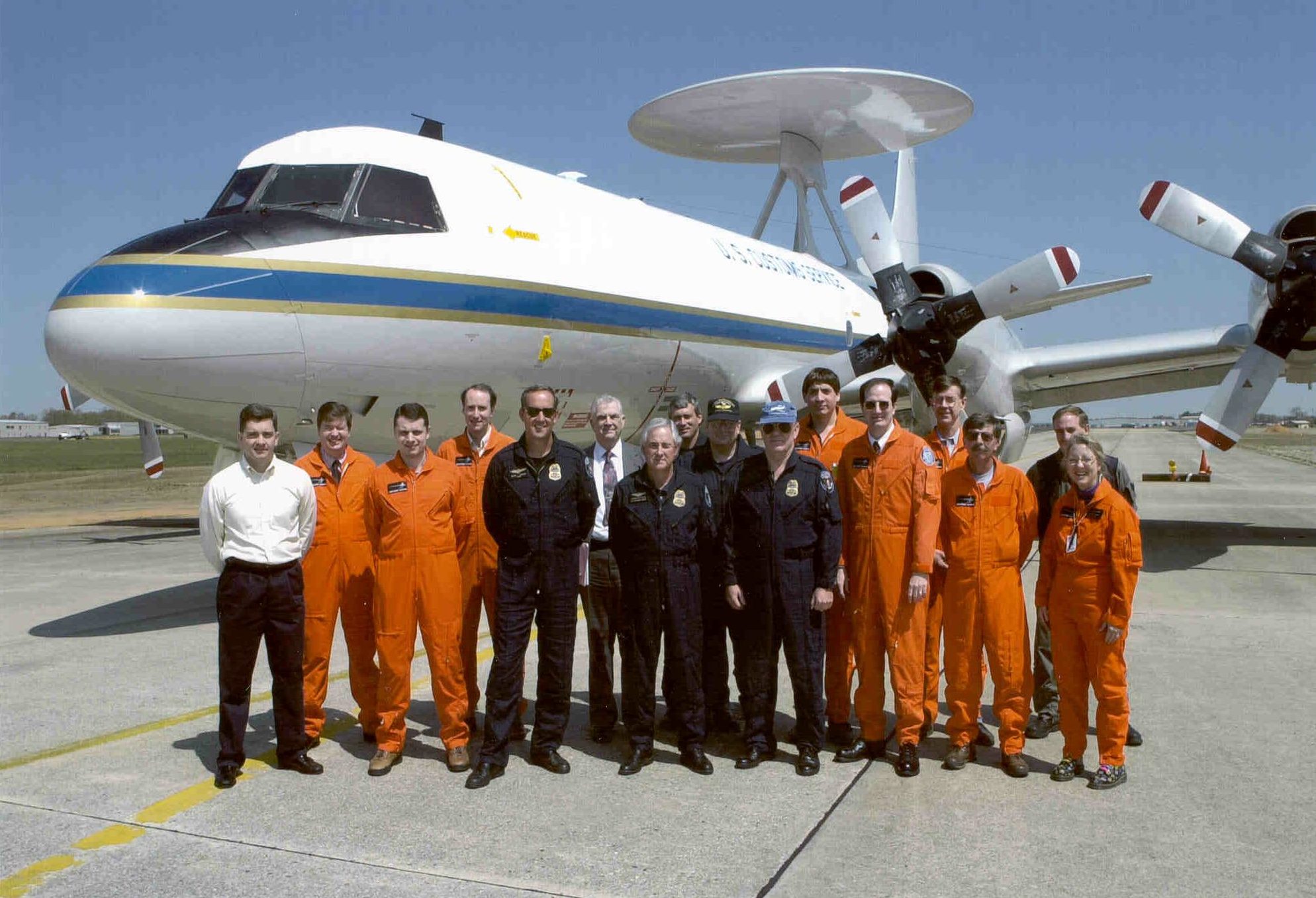 Once upon a time, Lockheed Martin, Marietta, had a Chief Test Pilot / Flight Ops Director who believed in orange: not only orange flight suits but also jackets, gloves, and probably underwear too.  He had been in the Navy during the time when flights suits were orange (sensible for finding downed pilots in water) and brought that tradition to Lockheed Martin. Many aircrew and Flight Test Engineers (FTEs) hated orange flight suits.  The Cobb County Corrections System Work Release program used orange jumpsuits for prisoners picking up trash along highways. Anytime a Cobb County police officer saw someone driving in an orange flight suit they pulled over the vehicle. Almost everyone in the flight test department had a similar story of encounters with the police. There was even a story of downed C-130 test crew, who had to land in north Alabama after an in-flight emergency—they were momentarily held at gunpoint by a local sheriff at the town pancake house while eating lunch and waiting for a repair team.  Shortly after the retirement of the Chief Test Pilot, the life support department sent out an email to everyone in Flight Ops and Flight Test stating they recently had gotten funding to replace damaged or lost flight suits, and the new suits would be standard flight suit olive green (wink, wink). An amazing number of people had damaged flight suits. Rumor is a handful of the “lost” flight suits met their end in a blazing bonfire. After it was over, everyone got green flight suits, indistinguishable from the Air Force bag. The orange suits remaining in the life support collection were handed out to temporary flyers, first year engineers, and interns, so we could always tell the new guy walking across the flight line.

In 2000, Lockheed Martin had a mission to fly the US Customs Service AEW7 Domed P-3B surveillance aircraft to Washington, DC, for a Congressional demo.  The team included two pilots from the US Customs Service, a flight engineer, a program manager, and a couple of consultants. Lockheed Martin also provided two FTEs, a program manager, and a collection of mission systems software developers.  But Lockheed Martin policy stated that aircrew had to have matching flight suits. By that time, Lockheed Martin had largely abandoned the orange flight suit. All of the FTEs had green bags, but those of us that did air shows and other public relations work had a royal blue flight suit as well. As we started planning to take the aircraft, officially known as AEW7, it became clear we had a problem:  As the life support team started looking at sizes and availability, they rapidly came to the conclusion that neither green nor royal blue were available in sufficient numbers to support the mission systems team. Out came the storage bins with all of those orange flight suits. The US Customs Service team had dark blue flight suits. Since I was the deployment lead, I had to work with our host facility, Signature FBO at Washington’s Reagan National Airport.  After we landed it was my job to go into the flight ops desk and get ground support set up. The gleaming lobby was filled with dignified aircrew in spiffy corporate pilot uniforms. As I walked in from the flight line in my bright orange attire, I tried to be as low profile as possible. I slunk to the front desk and felt relieved that no one had really noticed me, when from across the room, the booming voice of an old friend, Northrop Grumman Chief Test Pilot Roy Martin (apparently filling in as a corporate pilot that week) called out at top volume, “Hello Carla Jackson!  What are you wearing?!!”

Editor’s note: Carla, like many flight test professionals, actually loves to wear orange as seen here in a 2010 photo with Gene Kranz at SFTE’s Annual Symposium. There are so many more, and I hope to weave their lighthearted stories together with more serious ones, anecdotes that demonstrate their professionalism and commitment to safety.

One thought on “wear the orange”