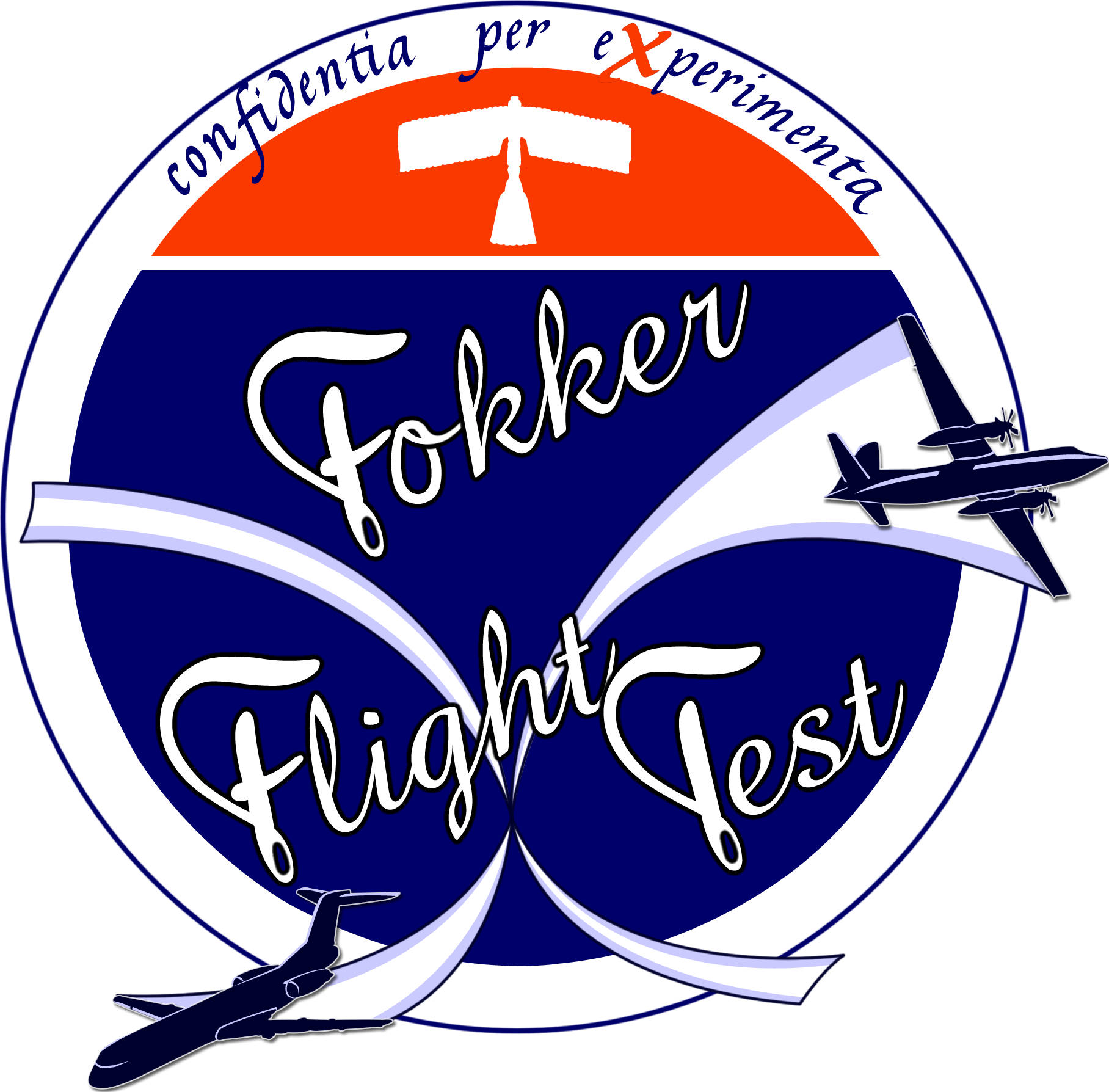 The Fokker Flight Test Patch recalls the original logo of the Fokker as a company, so the main colours are orange (the Dutch national colour) and blue, which was the choice of the founder, Anthony Fokker.

On the orange side there was originally a crown, representing the Kingdom of the Netherlands, we replaced it with the silhouette of the Spin, the very first aircraft that Anthony Fokker built.

The two aircraft you see below, with wakes, recall our two lines of production, jetline and propline. Finally, you can notice that the wakes cross each other in the shape of an “X” to recall the experimental flights, as the X is a typical symbol used in aviation to indicate flight testing.

Finally, the motto is “confidentia per experimenta” which from Latin means “building trust through testing.”