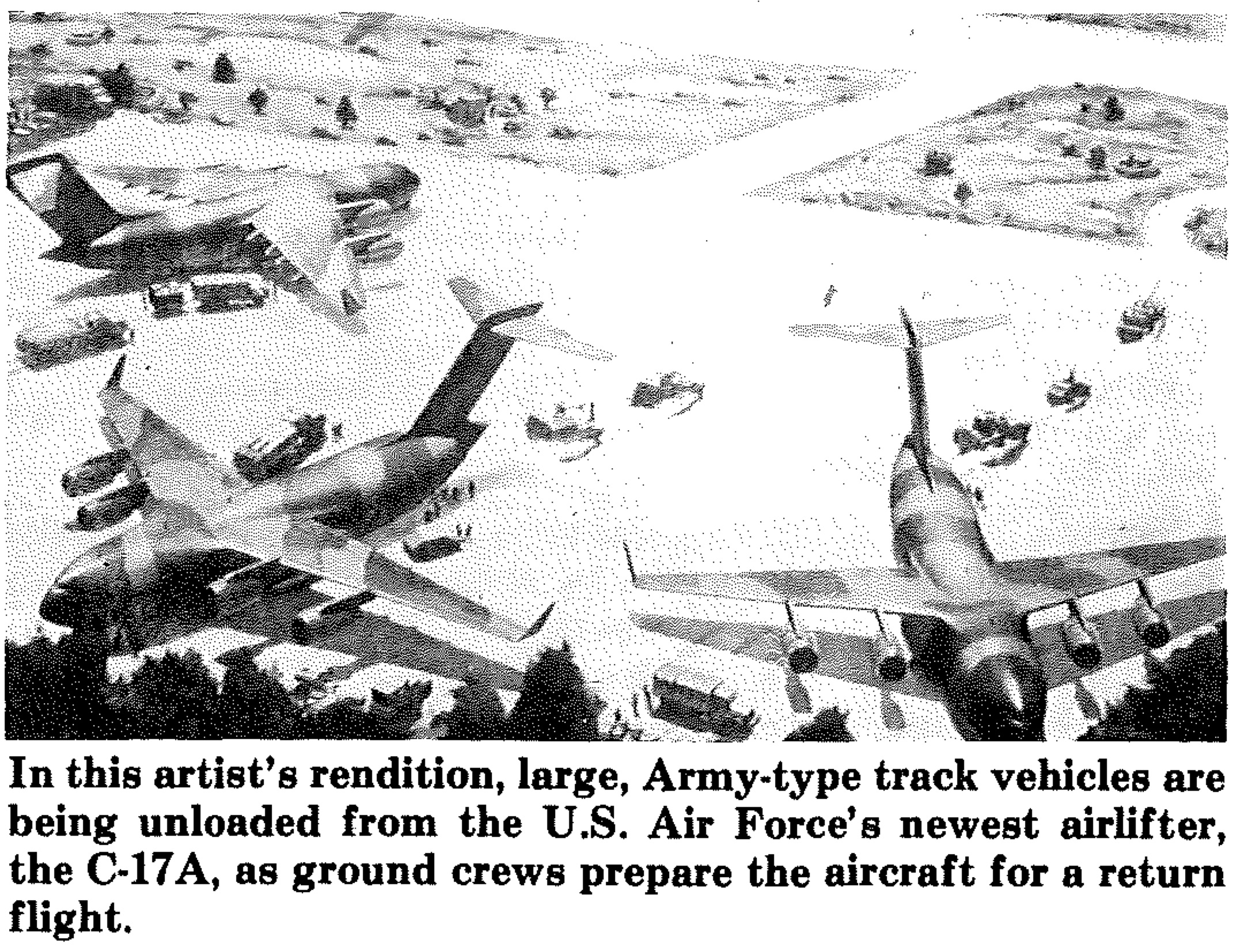 This article first appeared in the January 1986 Flight Test News.

The C-17A is being designed to augment the Air Force transport force by moving large Army combat equipment to almost any location world-wide and landing at small (3,000 foot), austere airstrips. With this capability, the Army can obtain needed equipment in a short time span and also have it delivered near the potential trouble spots.

Douglas Aircraft Co. has been working on the C-17A concept since being awarded a modestly-paced, low-level development program contract in 1982.

Full-scale-development is scheduled to continue until July 1992 with a total estimated cost of $3.387 billion which includes design, development, fabrication and testing of the C-17A airlift transportation system.

Included in the development program is the construction of one flight test aircraft and two articles for static and durability structural testing in ground laboratories at the Douglas Aircraft Long Beach facility. Air Force plans call for production of up to 210 of the new generation airlifter.

The C-17A will be a high-wing, four-engine, wide-body transport which can be operated by two pilots and one loadmaster. It will be powered by Pratt and Whitney PW2037 turbofan engines certified for commercial jet transport operation.

The new transport will be 175.2 feet long, have a wingspan of 165 feet and measure 55.1 feet tall at the tail. The C-17 cargo section will allow for 20,900 cubic feet of cargo volume, or enough room to carry trucks, helicopters and other large Army equipment, such as the Abrams M-1 tank, as far as 2,400 nautical miles.

This article first appeared in the January 1986 Flight Test News.