This article first appeared in the January 2016 Flight Test News.

The days of 2015 are gone, and what an incredible year it was for the Society. Our members saw the first flights of aircraft such as the Airbus H160, Bell 525, Mitsubishi Regional Jet, and Sikorsky MH-53K. Our members also accomplished certification of the Bombardier C-Series and Honda Jet. Some of our members’ projects have even made headlines outside the atmosphere. In the past year I have been able to visit two civilian test pilot schools, both of them corporate members of the Society. At both schools I saw their livery of test aircraft had grown, signaling optimism that the improving economy will spur even more investment and innovation in our industry. I also participated in what I believe was another first: Pax River Chapter broadcast an event on the web. 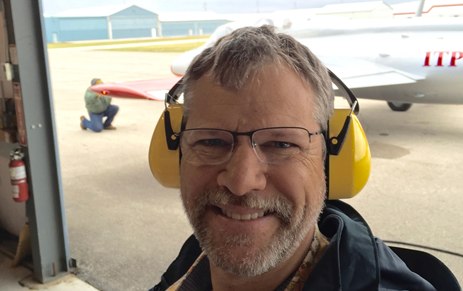 In November our Board of Directors approved plans to hire an Executive Director and an Associate Director. Jaime Silva and Kristen Faison have been hard at work, reaching out to our membership and continuing improvements to how we do business. Let me take a moment to explain the Board’s objectives. When the search committee began looking for a new Director, we found an amazing, diverse pool of talent. Some lived in the Lancaster area and others far away from California. Some had decades of experience in flight test, and many were gifted communicators. While any of the candidates could have served alone, the heavy demands on that individual might have led to a compromise. The Society has two fundamental membership groups, Corporate and Individual Members. The Board adopted a team approach to serving its constituents, where the Executive Director could focus on Corporate Members while the Associate Director could focus on Individual Members. Each Director serves part time, one from our corporate office in California, and the other from Texas. We are very excited and hope that all members appreciate the new arrangement and enhanced service.

The Board of Directors is now in the second year of our two-year term, and in the summer the Society will hold elections for eight positions, four as Officers and four as Directors. The Board meets once a month via web conference, and every member of the Board is assigned secondary duties to report on during these meetings. There is also our Technical Council. Its members contribute to the SFTE Handbook, the SFTE credentialing program, and serve as judges for technical papers at our symposia. Serving as a Chapter Officer is another way to learn and gain experience. Our Society thrives because of its members’ service. In 2016, please volunteer as a leader, organizer, or contributor. You will find it more rewarding than you could possibly imagine!

This article first appeared in the January 2016 Flight Test News.