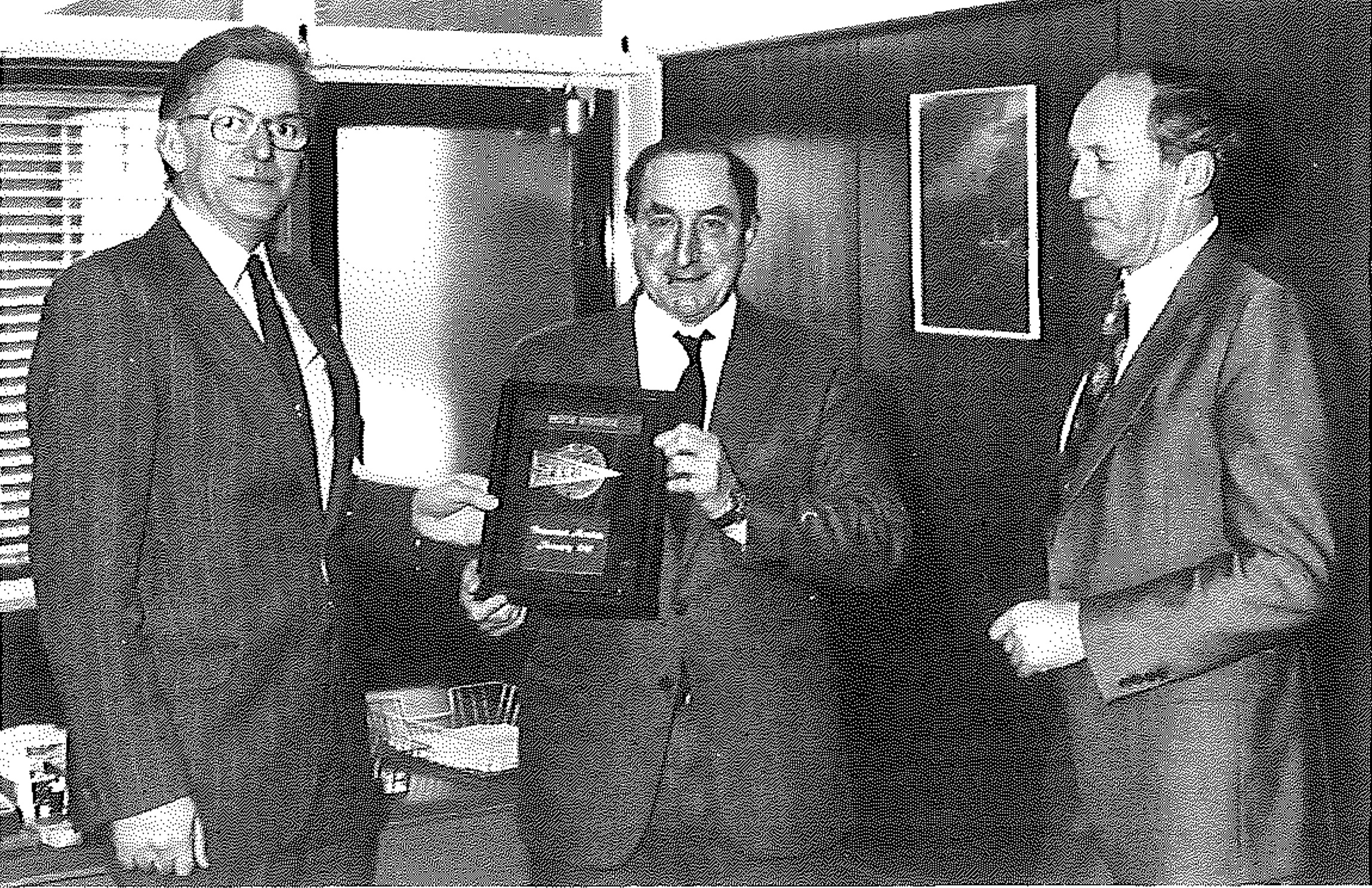 This article first appeared in the April 1982 Flight Test News.

Following your letter of the 12th February to the Assistant Divisional Secretary, it has been my pleasure to receive from Mr. Brian Trubshaw on behalf of the Society of Flight Test Engineers the Plaque confirming the enrollment of British Aerospace as a Corporate member of the Society.

I enclose a photograph of that presentation which was made in the presence of Mr. Paul Millett the Executive Director, Flight Operations, Warton Division who is on the right of the picture.

I hope that our association will lead to the promised mutual benefit.

This article first appeared in the April 1982 Flight Test News.