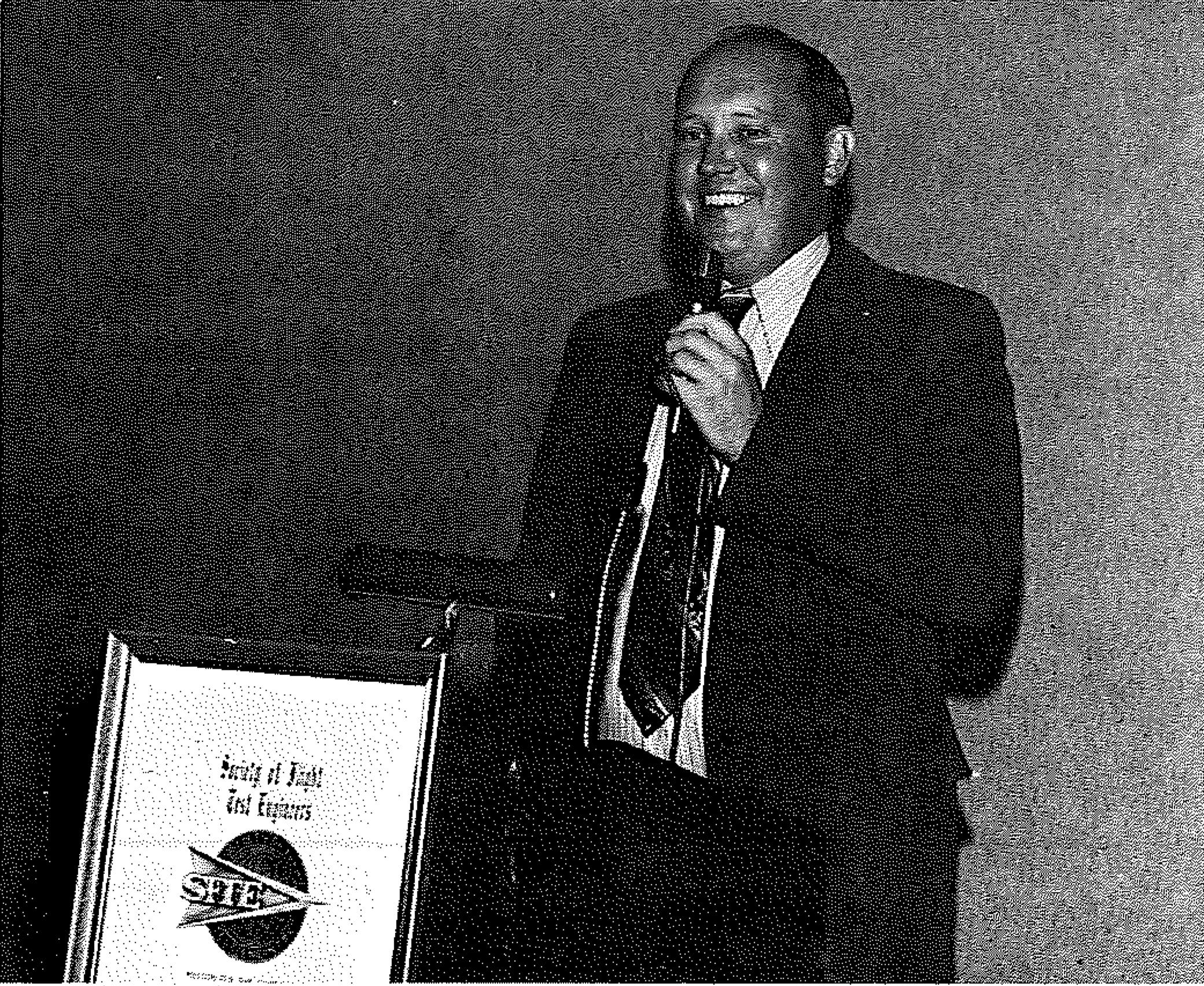 This article first appeared in the December 1973 Flight Test News.

The November meeting of the Seattle Chapter was held November 27, 1973 at the Sea-Tac Holiday Inn. Following a brief review of the membership renewal status by President Don Beck, the Program Chairman Roy Combley, introduced the guest speaker Mr. Wen Painter from the NASA Flight Research Center at Edwards AFB. Mr. Painter is currently the program manager for the Transonic Aircraft Technology (TACT) and the Integrated Propulsion Control System (IPCS) projects.

Mr. Painter presented two excellent movies on the history of the Flight Research Center and current flight test programs. The first movie covered flight test programs from the inception of the organization, then known as NACA, through flights by the YF-12 aircraft. Colonel Robert Stevens who currently holds the World Speed record in the YF-12 at 2070 mph was in attendance. The movie on current programs included some flights which had occurred only three weeks previously. These included Digital Fly-by-Wire flights on an F-8, the X-24B Lifting Body, both the F-8 and F-111 Super Critical Wing aircraft, vortex studies on various aircraft including the 727 and the F-15 3/8 scale model spin tests. Mr. Painter’s presentation was very well received and appreciated by those in attendance.

The meeting was attended by many representatives from other companies from outside the Seattle area. These included General Electric, Pratt & Whitney, Honeywell and several agencies of NASA and the Air Force.

The next dinner meeting is planned for January at which Mr. Irv Decker will present slides and discuss his recent trip to China. Mr. Decker was one of the pilots on the delivery flight of the fourth 707 to China.

This article first appeared in the December 1973 Flight Test News.