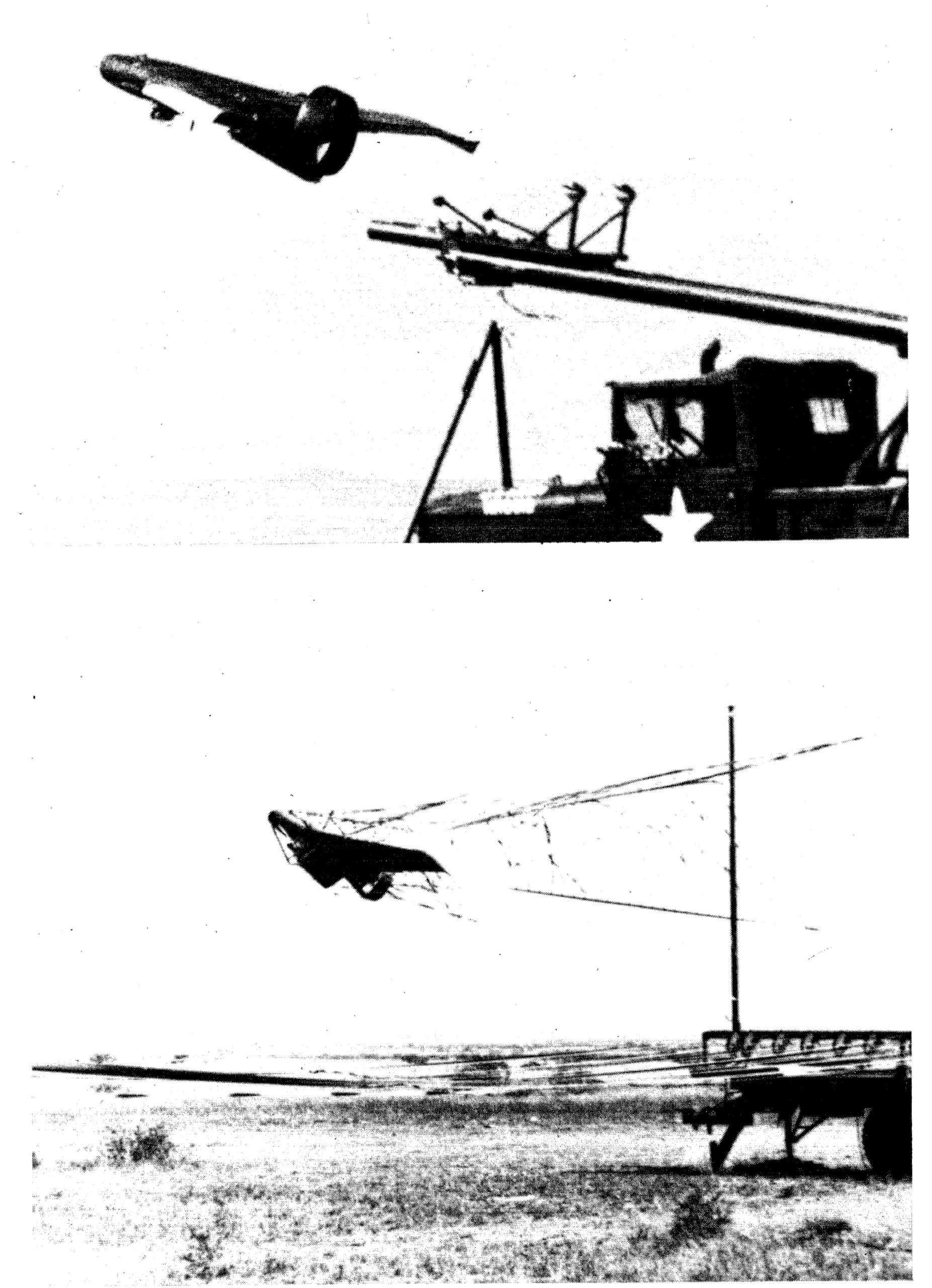 This article first appeared in the January 1977 Flight Test News.

The first automatic test flight of the Army’s Aquila unmanned aerial reconnaissance, surveillance, and target location system has been completed by the US Army and the contractor, Lockheed Missiles and Space Co.

During the recent test flight, the RPV was automatically launched from the truck-mounted pneumatic rail and guided by computer to “waypoints” whose locations were programmed prior to the flight. As the RPV progressed along its course the “waypoints” were presented on a visual x-y plotter display in the ground control station. Deviations from the planned flight path were picked up by the tracking antenna whereupon automatic correction commands were sent to the on-board autopilot to regain the correct course.

The last “waypoint” programmed the RPV to come into the retrieval site where it was caught in flight by the vertical ribbon barrier and soft-landed on a trampoline-like series of straps.

In addition to preprogrammed operation, the two operators in the ground control station also have the option of overriding the preprogrammed flight. For example, if the operators would like to deviate from the planned flight pattern they can “dial” new heading, altitude, and speed commands directly on the control console. The commands would be sent to the RPV autopilot which would immediately begin to fly under the new instructions. At any given time the autopilot can be instructed to return to the preprogrammed course, or new programmed waypoints can be substituted if required.

Prior to this automatic test flight the RPV had been flown using combinations of the automatic mode augmented by radio control until the automatic systems had been fully checked and proven.

Various types of sensor payloads will be carried within a plexiglass dome on the underside of the airframe and will be interchangeable depending on the mission. Aquila will be able to carry a 35mm panoramic camera, stabilized TV camera, and a laser system for ranging and designating targets.

All video data sensed by RPV will be shown in real time on two TV monitors in the ground control station. Video tape units included in the station can record the information for “instant replay” or later us if necessary.

This article first appeared in the January 1977 Flight Test News.