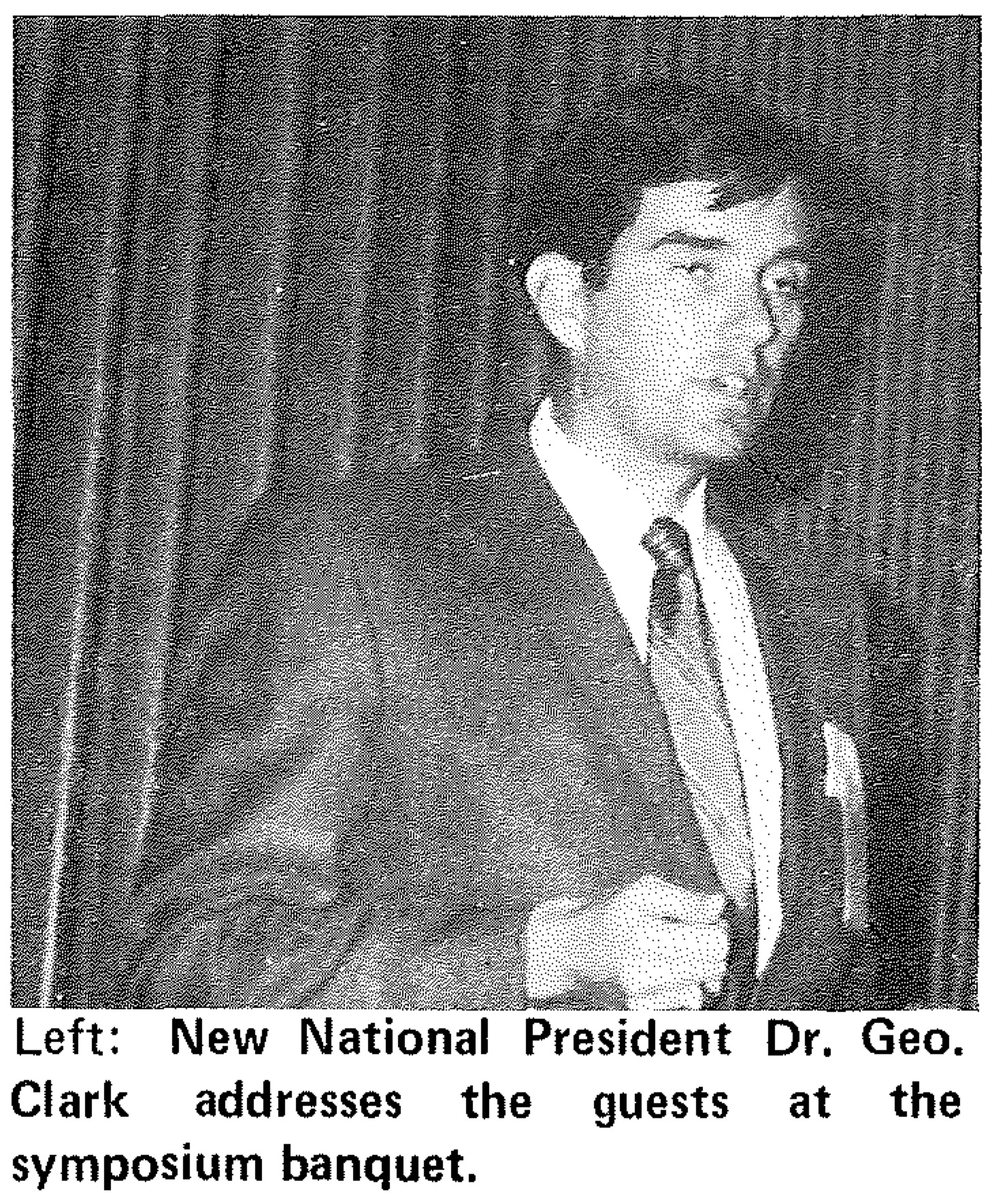 With this first Newsletter since installation of the new SFTE officers, I would like to take this opportunity to thank each Society member for his support during the past year and a half in helping to firmly establish an organization that truly represents the flight test engineer.

At present, we have over 500 members from coast to coast and in Canada. This is an outstanding start for such a young organization attempting to grow in the company of such giants as AIAA, ASME, IEEE, and others. Such success, however, should not lull you into believing that SFTE is a large faceless entity that can afford to take or leave individual members. You, the individual member, are the Society’s most valuable asset. The Society continues to need your ardent support on the chapter level as well as nationally.

In looking toward further expansion, there has been considerable interest expressed by several persons in the British flight testing profession in becoming affiliated with SFTE. Further, we are looking for formation of at least two new chapters in the U.S. this coming year. Continuing membership drives in existing chapters should bolster our ranks to help us to meet our goal of 50% growth by October, 1971.

Since our primary responsibility is to serve the individual member, I would like to mention several of the projects planned for the coming year which are aimed at affording useful and tangible benefits of Society membership. Among these projects is the development and publication of a Flight Test Directory listing names, addresses and organization of flight test groups throughout the country to permit rapid access to persons outside of your own company. Also, we are planning to build up a firm library at a central location to be available to all chapters and members for local programs as well as for other speaking engagements by members. In longer range planning, we want to develop a Test Range Directory listing all known available facilities of use in flight testing of both rotary wing and fixed wing aircraft. We will continue support of the ongoing effort to write and publish a Flight Test Manual. In order to successfully prosecute these plans, we will need the assistance of each chapter plus individual members in localities without chapter affiliations.

The Society is not limited or committed to only these projects. We enthusiastically welcome and solicit ideas from every member that will help us to better serve and represent the flight test engineer.

The Society is in the unique position now of being unencumbered by long standing or traditional ways of operating. This is one of the assets of a young organization. I intend to maintain this flexibility of operation but, in turn, require participation by all members in shaping the Society and steering its course in the coming year.

It is with enthusiasm that all of the new officers are looking forward to serving you.

One thought on “President's Message”