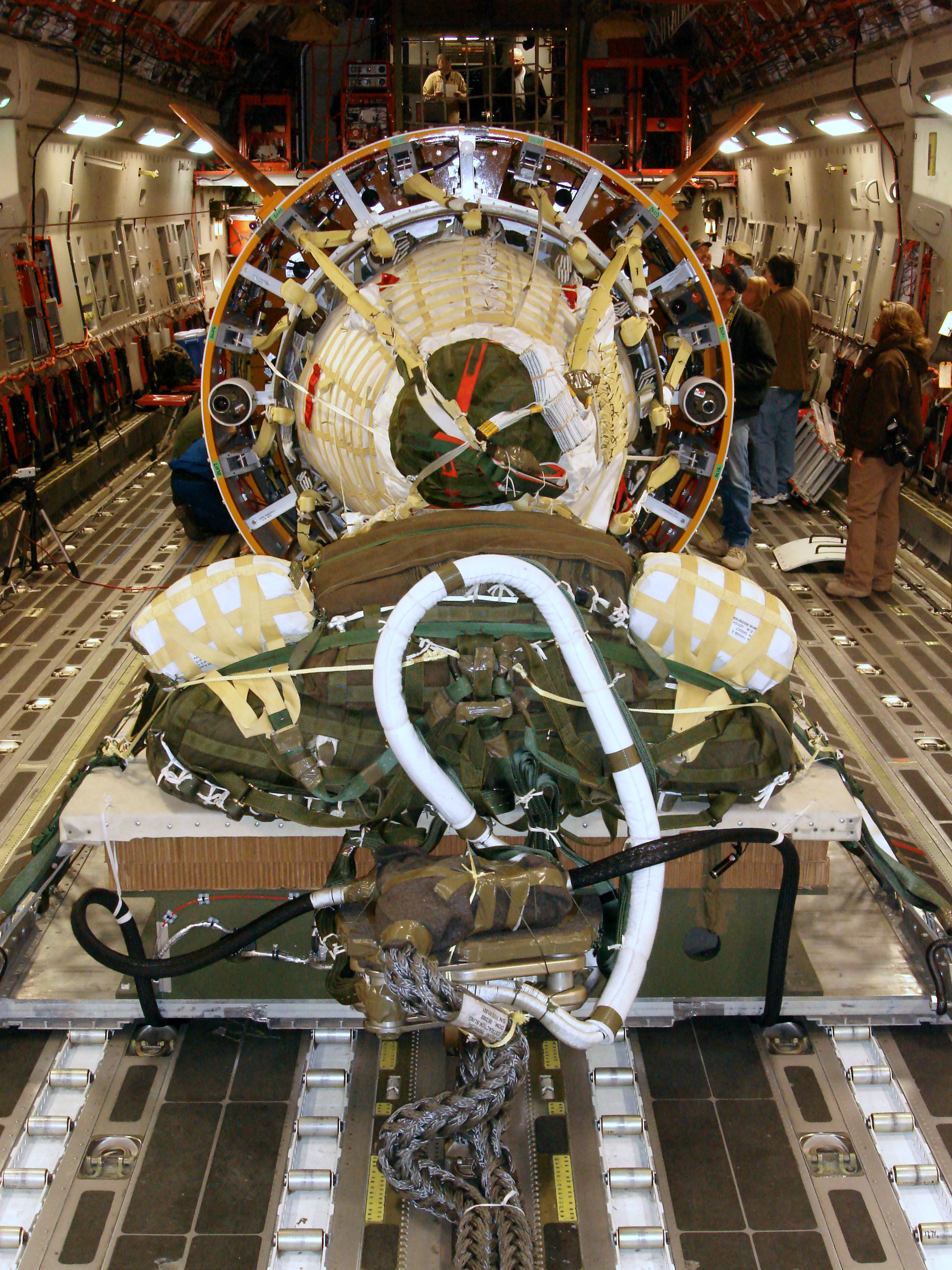 The photo above shows an Edwards AFB C-17A. It has significant flight test modifications, including many bundles of orange wire running along the sidewalls and ceiling.

Curious about the origins of an industry-wide tradition, I began asking several old timers: “Why orange?” The path led to my old friend, Bob Cundiff, who a couple of sources said, “Had something to do with it,” and I obtained the following story:

In the late summer of 1949, we at Douglas Aircraft finished a demonstration at Pax River with the first Douglas XF3D-1 Sky Knight. The airplane returned to El Segundo before the crew got back. They wanted the airplane out of Flight Test ASAP, so someone issued the paper to remove the instrumentation. A temporary crew did the work, and they enthusiastically removed the instrumentation, all the test wiring, and some ship’s wiring, too!

It really took a long time to rewire that airplane and as a result I was assigned the job of color coding future instrumentation wiring. I selected a fluorescent orange, got approval, and ordered enough to instrument about fifteen airplanes. The wire room at Santa Monica refused to store it due to lack of space, so it was shipped to the El Segundo hangar. It was almost all used when I was instructed not to order any more, since it proved to be an expensive specialty.

About that time, a contract was negotiated to instrument two additional F3D-1s for Westinghouse for engine development. Their engineers saw the orange wire in our test airplanes and called for it in their contract. Sometime later Douglas got a contract from North American to instrument a B-45 as a flying test bed with an engine that retracted into the bomb bay, and orange wire was again specified.

Finally, we hit upon the idea of stamping regular wires with orange numbers to reduce the cost. I believe Bob Clink was the first to use the color brackets and such. From then on it was essential, so I guess I really left my mark. Those early days of flight testing the first jet engines were really fun!

Bob Clink added modestly, “Bob Cundiff’s story may be true, but the real clincher was due to Pax, the F9F, and a Mil Spec requiring all flight test wiring, brackets, etc., to be orange. Many years later, a Douglas change required refurbish papers be written against flight test installations, and it was felt that color coding was no longer needed. However, this argument lost, as the precedent had been well set.”

(While on the subject of orange wires and such, the following anecdote was told by Walt Gibson, Experimental Flight Test Manager for DeHavilland Aircraft Ltd., during last year’s [1976] SFTE Symposium.)

Before getting into a description of our DASH-7 instrumentation, I would like to tell you about an incident concerning the installation of instrumentation in the aircraft which backfired on me. In our effort to achieve the perfect instrumentation installation in the aircraft we of course used orange wire and painted all transducer installations the “classic” flight test orange. However, when components of the first aircraft, which was itself to be painted blue and white, were being painted during build, the salesmen got to the paint shop people and had them paint over our transducers so that they wouldn’t be so obvious. This naturally annoyed me somewhat, so the day before the entire aircraft was to be painted I went over to the paint shop and had a two hour hassle with the foreman convincing him that our drawings showed the instrumentation installations were painted orange and that was the way it was going to be. He finally conceded, and we parted friends. Would you believe my amazement, when I came in the next day and the whole aircraft was painted orange. Unknown to me the Marketing people had changed their minds at the last minute about the paint scheme for the aircraft and there it was; the whole aircraft painted orange like my instrumentation! Did I win or lose?