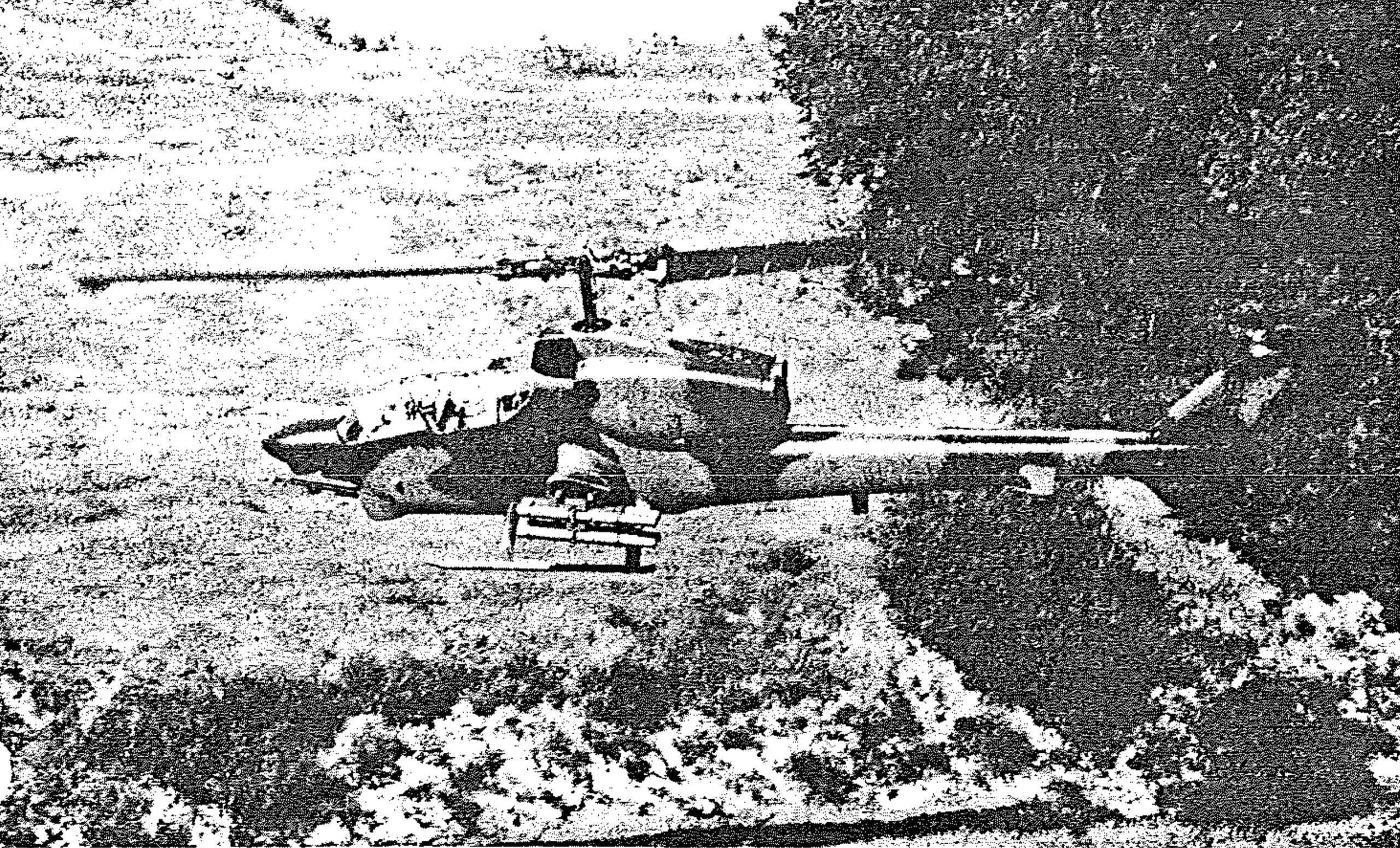 This article first appeared in the November 1971 Flight Test News.

KingCobra, an advanced armed helicopter capable of performing anti-armor missions in the most adverse weather, terrain and threat environments, made its premiere here Tuesday, September 28, 1971.

The company is proposing the KingCobra to the U. S. Marines and Army in slightly different versions to meet their specific requirements.

KingCobra expands the proven concept of the AH-1 G HueyCobra and the AH-1 J SeaCobra. Nearly 950 of the Army and Marine HueyCobra version aircraft have been manufactured to date.

President E. J. Ducayet noted that, “Bell and l 0 other KingCobra team members are providing two flying prototypes, one with complete systems, all on company-sponsored basis. We are taking advantage of production hardware, qualified components and systems in pre-production stages of government sponsorship to maximize mission performance and minimize cost and risk.”

In addition to static and flight presentations of the KingCobra, systems provided by the participating members were on display at the premiere.

Within the first five hours of flight test, the initial prototype KingCobra exceeded 200 knots dive speed. In maneuver flight at cruise speed it has exceeded three G’s. Still to be determined in flight test are VNE and level flight cruise speeds.

Prototype No. 1 is powered by the UACL Pratt & Whitney T400-CP-400 “Twin Pac,” the same as on the Marines SeaCobra. However, a growth program would increase the current I,800 shaft horsepower rating to 1,970 shp, with further potential growth to 2,400 shp.

Bell’s transmission and drive train are rated at 2,000 hp take-off and 1,650 hp continuous. Under development since 1964, they have been tested extensively on the HueyTug and HueyPlus and have accumulated more than flying hours since 1968.

The fuselage retains the general configuration of the HueyCobra, but has been strengthened to accommodate the increased rotor thrust and gross weight capability. Other fuselage changes include the nose modification for the stabilized multi-sensor sight and enlarged ammunition bay for the linkless ammunition drum, larger wings (13-ft span) to accommodate additional fuel (2,300 lbs in its crash-worthy fuel cells) and ordnance. Also, strengthened landing gear, tail boom extension to compensate for the larger rotor, and a ventral fin for increased longitudinal stability and tail rotor protection.

As a result of these improvements, the KingCobra can hover out of ground effect (OGE) at 4,000 feet at 95 degrees at a gross weight of 14,000 pounds.

Bell officials stated that the KingCobra’s combination of offensive weaponry, defensive systems, vehicle performance and small size give it unequaled ability to survive.

This article first appeared in the November 1971 Flight Test News.

One thought on “Bell Premieres the KingCobra”