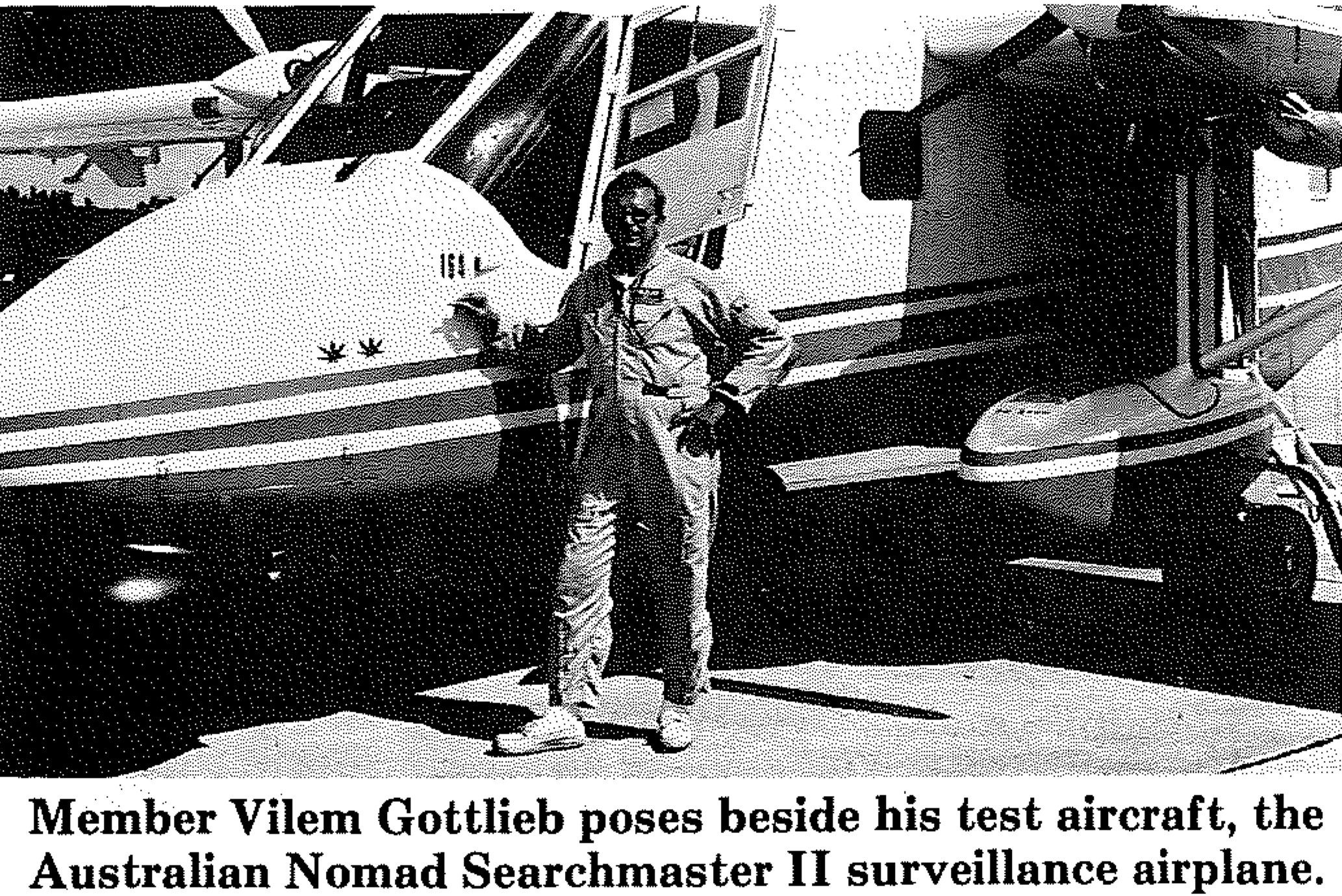 This article first appeared in the January 1990 Flight Test News.

In a program that began as a “back of an envelope” concept in late 1984 and was demonstrated in prototype form in 1985 has finally reached active service with U.S. Customs in their drug interdiction activities.

The Nomad aircraft, designed initially as a STOL Utility for the Australian Army, has seen a wide range of uses. Searchmaster I first flew in 1978 and is used by Australian Customs, Coastal Surveillance and the Indonesian Navy. It is equipped with a 360 degree Litton AN/APS 504(V)2 Search Radar and a comprehensive communication and navigation package.

To make it efficient as a drug interdiction fighter, a fully retractable FLIR Systems Inc. night vision system was installed and slaved to the radar. Searchmaster II takes the concept a step further with the later Litton AN/APS 504(V)5 Radar, FSI Model2000G night vision system, a Litton LTN- 92 Inertial Navigation system and much more in the way of sophisticated communications.

Although the first unit was handed over to USCS on the 24th April 1989 at Opa Locka Airport, Miami, FL, another unit was involved in a real mission (with the author at the Sensor Operator’s console) in the Gulf of Mexico on 5/6th April that netted 20,000 lbs of marijuana, a mother ship and three high speed sports boats. The crews, of course, have all been successfully prosecuted.

The author has been involved in flight testing Nomads since emigrating to Australia in 1978, but this program was particularly rewarding as it went from aerodynamic qualifications through FAA Certification to system testing and development and finally to training the uses crews and participating in their operations in the campaign against illegal drug importation.

This article first appeared in the January 1990 Flight Test News.

One thought on “Australian Searchmaster II Delivered to United States”