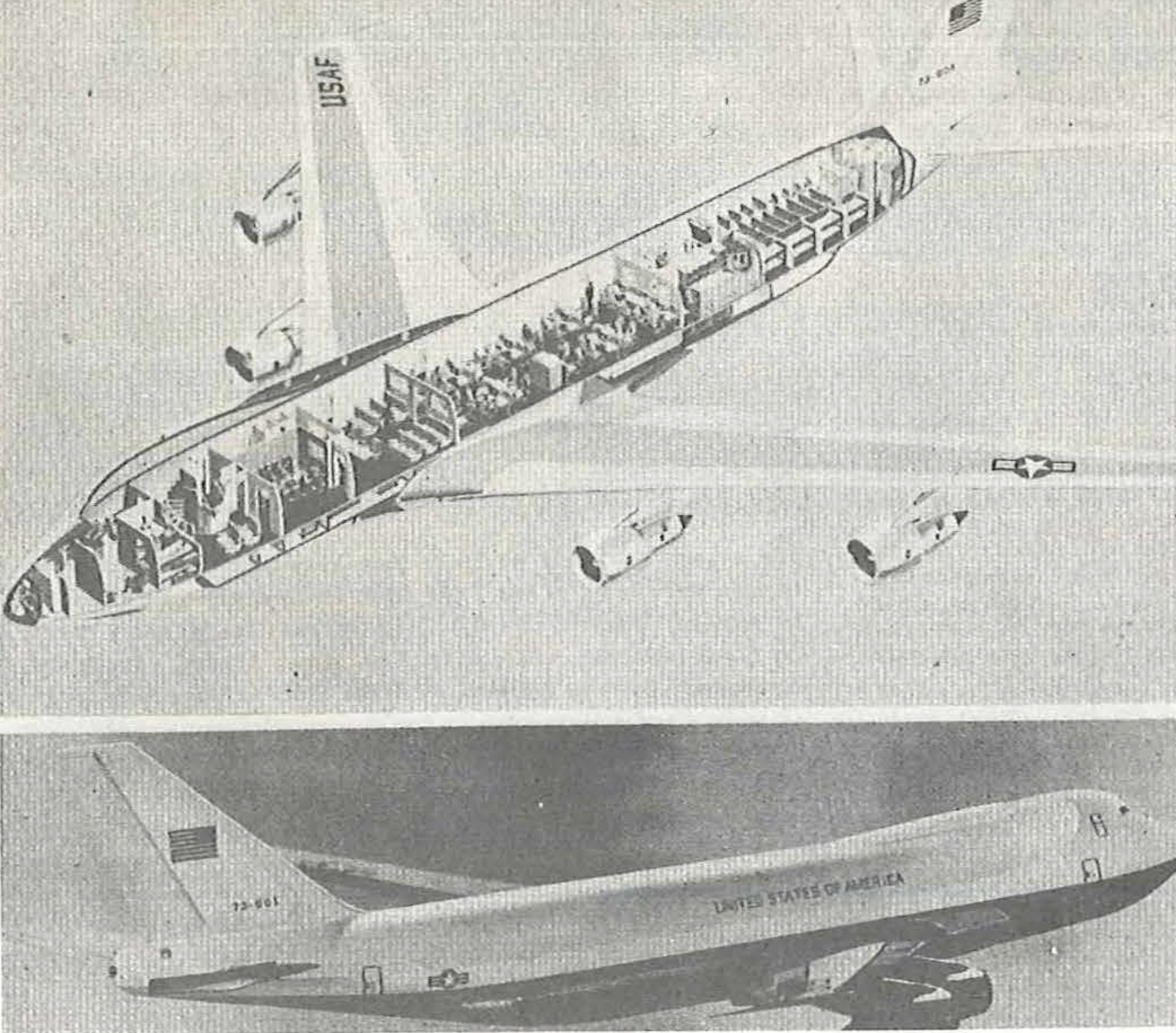 This article first appeared in the April 1973 Flight Test News.

The Department of the Air Force has announced the purchase from Boeing of the first two 747B jet transports for the Advanced Airborne Command Post (AABNCP) program. The $59 million firm, fixed-price contract also includes an option for a third 747.

A total of seven 747s is planned for the program, dependent for congressional appropriations for four additional aircraft. The 747s, replacing EC-135 airborne command posts of the National Military Command System and the Strategic Air Command, will carry a wider variety of airborne electronics for improved command and control by the national command authorities.

The aircraft to be acquired will be outfitted with essentially the electronic equipment currently installed on the EC-135 airborne command posts to allow for early operation of the aircraft with an expanded battle staff. Competitive selection of a contractor to perform this modification and transfer is expected in May 1973.

The first phase of the program will provide aircraft of greater endurance, thereby increasing the survivability of the aircraft. The increase in space provided will allow the larger staffs necessary to support decision makers in a more flexible response capability. Follow-on phases will extend survivability and communications capability.

The work will be accomplished at Boeing’s 747 facility at Everett, Washington.

“We are gratified at this award,” said Douglas E. Graves, vice president, manager, Aeronautical and Information Systems Division. “It represents a great deal of hard work by the men and women in the 747 military systems applications organization, plus a truly great basic airplane.”

He pointed out that the 747’s commercial version has flown approximately 1.5 million hours and carried more than 36 million passengers. The 197 aircraft delivered so far have amassed an impressive reliability record, he said.

Total value of the eternal seven-airplane program, Graves pointed out, will be approximately $500 million. “The contract award to Boeing for the first two airplanes is the beginning of a significant improvement program for strategic force management and command and control,” he said.

Although 197 747s have been built and delivered to commercial users, the seven planned for the AABNP program will be the first of this type to be used operationally by the Air Force.

This article first appeared in the April 1973 Flight Test News.

One thought on “Advanced to Command Status”